The AC-X11 is a carbine available to the New Conglomerate. It is unlocked through purchase with Certification Points or Daybreak Cash.

The AC-X11 takes the New Conglomerate's design philosophy to its logical conclusion, with the carbine dealing the highest damage-per-shot of any such weapon in its class, giving the weapon a surprisingly lethal bite while needing only few shots to do so. In exchange, the gun's vertical kick is rather extreme and the magazine size is abnormally small.

Stats in purple are with High Velocity Ammunition.

It is possible to earn both Ribbons and Medals while using the AC-X11. Each ribbon is a standard reward for achieving a set amount of kills with the carbine. Medals are awarded upon reaching kill milestones with the weapon. 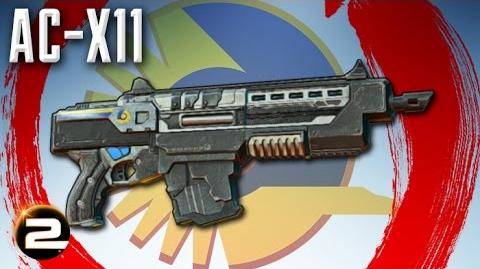 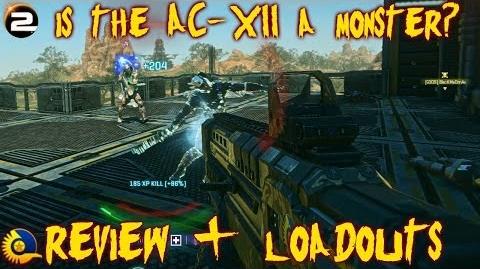 Is the NC AC-X11 A Monster? Weapon Review & Loadouts
Review of the weapon by Joshino Gaming.
Community content is available under CC-BY-NC unless otherwise noted.
Advertisement