This weapon is the only sniper rifle being able to 1-headshot-kill other infiltrators regardless of range (min damage 450).

Its maximum one-headshot kill range is at 365 meters, assuming a non-overshielded target. This is over 3/4ths of infantry render distance.

The two intermediate ranges listed are the ranges at which two bodyshots or one headshot, respectively, no longer kill a standard infantry target. 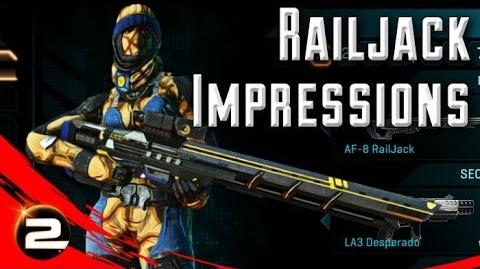 Railjack Impressions (This is not a Review) - PlanetSide 2
AF-8 RailJack first impressions, by Wrel. 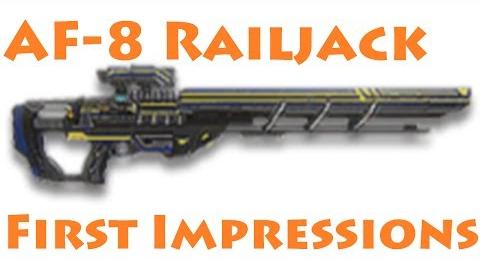 Retrieved from "https://planetside.fandom.com/wiki/AF-8_RailJack?oldid=99970"
Community content is available under CC-BY-NC unless otherwise noted.