), commonly shortened to Certs, are the primary currency used to unlock Certifications and purchase most non-cosmetic items in Planetside 2. They are earned through various sources, and can be spent at will.

if their account has Premium Membership. Most Certification Points earned while at or over the limit are lost, though Certs earned from Medals bypass the limit, and players do not lose any Certs if they have more than their current cap.

Certification Points are the primary currency the player must earn to progress in any meaningful way. There are several sources from which they can be earned, whether directly or indirectly. It is important to note that, barring a single one-time exception (the Elite Recruit Bundle), Certification Points cannot be obtained with Daybreak Cash or otherwise acquired outside of regular gameplay.

The primary method through which Certification Points are acquired is gaining experience points (XP). XP is rewarded for performing nearly every action within PlanetSide. To earn a Certification Point through this method, you simply must earn 250 XP. This has no limit on the amount of times it can be repeated and will always reward a Certification Point, unless you reach your character's limit.

The rate at which you earn Certification Points through this method can be directly increased through modifiers, which will increase based on the situation you are in, among other sources. The most common form is through experience boosts, which will increase the amount of XP earned from any action by 50% for their duration, and are primarily acquired through purchase with Daybreak Cash.

If you are rewarded more than 499 XP in a single tick, you will receive however many Certification Points you are owed. For instance, earning 1500 XP in one tick will reward 6

. Service ribbons have no limit on the amount of times they can be earned, and will always reward at least 250 XP, subject to the character's experience boosts.

The requirements to earn a ribbon are based on what action is being performed. You can view your progress towards most service ribbons within the ingame Stats menu, under your profile.

Medals are awards earned whenever you reach a certain amount of kills with a weapon, rewarding a chunk of Certification Points based on the specific milestone. Each weapon can potentially reward up to 232

from the rewards granted by Medals. Each medal can only be earned once per weapon, and will always reward Certification Points even if the character is at its limit.

The requirements for each medal are the same regardless of the weapon used, and are listed below. The kills totals listed are the cumulative amount of kills needed with that weapon.

each. Battle ranks past BR 100 will not reward any Certification Points, nor will battle ranks achieved after entering the Advanced Specialization Program. Cumulatively, you will receive 9,900

from these rewards by leveling a character from BR 1 to BR 100 (characters start at BR 1, which thus does not reward Certification Points).

All characters on account with Premium Membership will generate 48

Within the first 72 hours of a player creating their account, they have the option to purchase the Elite Recruit Bundle for 1,999

. After this time limit passes, the player will no longer have the option to purchase this bundle again.

The Elite Recruit Bundle rewards the following items upon purchase;

The camouflage and all weapons in this bundle are unlocked for all characters on the purchasing account, including the NS-10 Burster which is typically faction-specific even when purchased with Daybreak Cash. The experience boost and Certification Points are only unlocked on the purchasing character. This bundle can only ever be purchased once per account.

There are only two occasions through which a player will have their spent Certification Points refunded.

Only Certification Points spent on infantry abilities, suit slot enhancements, and utility slot consumables, as well as on vehicle utilities, defense slot modules, and performance upgrades, can be refunded. Any other expenditures, such as on implant packs or weapons, will not be refunded.

The second occurs whenever an item or ability is permanently removed from the game. All Certification Points will be refunded to all characters which have invested any in said item or ability. 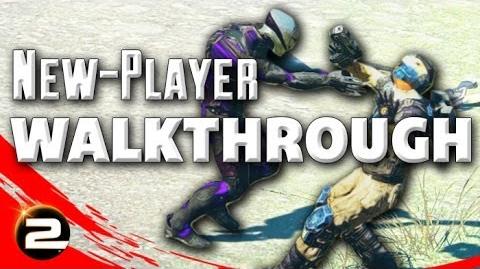 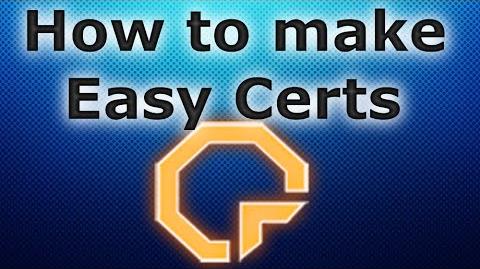 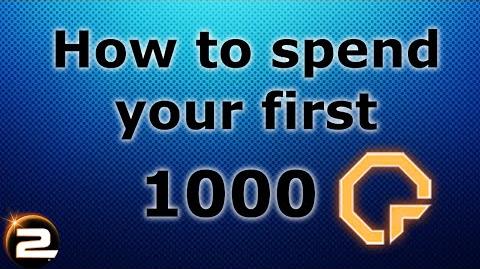 How to spend first 1000 certs- (Planetside 2)
Community content is available under CC-BY-NC unless otherwise noted.
Advertisement