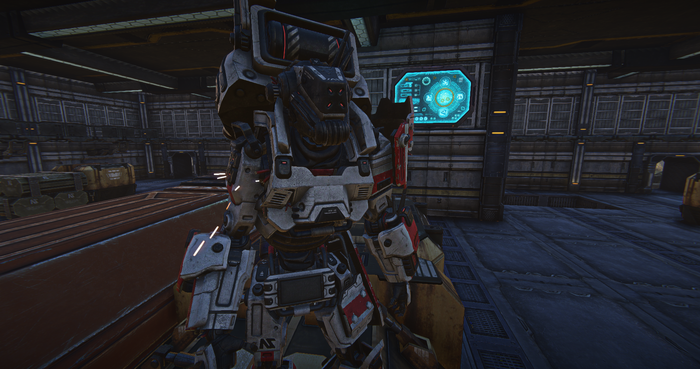 "A new combat unit has entered the battlefield! Though it's uncertain who is behind its creation, this hijacked robotic husk is wired with explosives, and appears devoid of the typical moral restraints that come with Nanite Systems sanctioned operators. With an increased health pool, built-in grenade launcher, deadly melee capabilities, and two utilities - a bubble shield that protects nearby allies, or a powerful time bomb - the Defector can annihilate entire squads in close-range combat without springing a gear. Be wary of its generator lights: that means its abilities are active!

Nanite Systems has noted an uptick in missing combat units, and would like to remind all leaseholders that tampering with, disabling, or otherwise preventing the return of these units is unauthorized, and will result in immediate contract termination."

The Defector retains access to the Emergency Repair ability as a MAX-type class, however totes access to two unique class-specific abilities.

Seraph Shield is an active ability available to the Defector. It is unlocked and upgraded using Certification Points. Seraph Shield allows the Defector to create a large faction-colored shield around itself which directs all damage taken into the combat unit, preventing it from harming those inside the bubble, and decreases the damage taken by the unit for its duration.

Time Bomb is an active ability available to the Defector. It is auto granted at rank 1, and upgraded using Certification Points. Time Bomb allows the Defector to arm itself, neutralising any heat generation from its arm-mounted printers. At the end of the ability's duration, the combat unit will explode to deal massive damage to all nearby infantry and vehicles, killing the unit in the process.

The Defector has access to any implant usable by MAX-units. 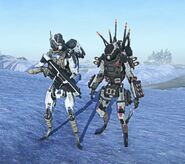 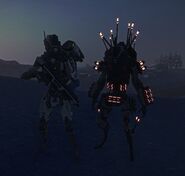