The EM1 is a light machine gun available to the New Conglomerate. It is unlocked through purchase with Certification Points or Daybreak Cash.

The Esamir Munitions 1 is a clear take on the

T16 Rhino, as a suppression-focused tool. As one of only two New Conglomerate light machine guns on a lower calibre, the EM1's damage-per-second is somewhat lackluster compared to other options in the arsenal, however the weapon's favourable recoil, high muzzle velocity, and fast reload are boons that can aid in its intended role.

All of this weapon's niches can be supplemented with the weapon's wide range of attachments including an Advanced Laser Sight, the option to use Extended Magazines, and access to loading Soft Point Ammunition, which can further compound on the weapon's extended 20 meters maximum damage range.

It is possible to get both Ribbons and Medals for using the EM1. Each Ribbon is a standard reward for achieving a set amount of kills with the EM1. Medals relate to how many overall kills you have with the EM1.

In game model.
Add a photo to this gallery 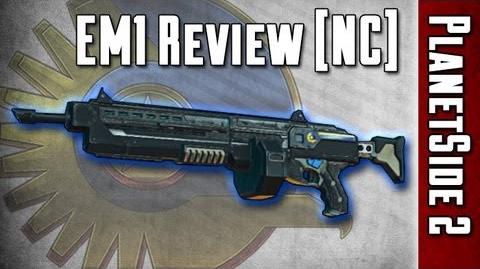 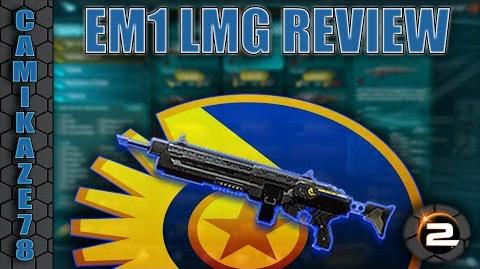 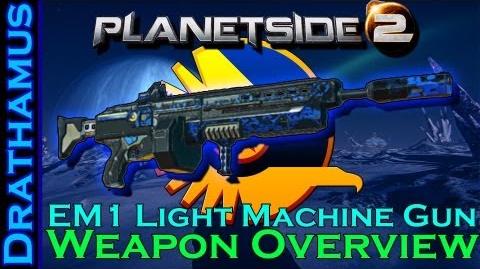 EM1 review by Drathamus Gaming (2013.06.26)
Add a photo to this gallery
Retrieved from "https://planetside.fandom.com/wiki/EM1?oldid=100092"
Community content is available under CC-BY-NC unless otherwise noted.