Though the Engineer has always had a vital role in defending Auraxis’ facilities, the introduction of nanites to the military sector caused a radical shift from their traditional role of vehicle and MAX suit mechanics. When factory-built tanks and vehicles were replaced by relatively disposable nano-fabricated versions, Engineers began training extensively in marksmanship and demolition. Despite their recent shift in duties, Engineers have quickly proven themselves as effective soldiers, capable of either turning an ordinary warehouse into an impregnable stronghold or blasting an enemy's fortresses to the ground.

The Advanced Construction Engine, or ACE, was created to eliminate the need for Engineers to carry bulky stationary weapons and fortifications in their new combat role. It contains a small, portable fabricator capable of constructing and deconstructing Nanite Blueprints on a smaller scale than seen at vehicle facilities. The ACE’s deployable MANA turret is available in both anti-vehicle and anti-infantry configurations, providing a deadly support weapon that excels at area denial.

The Engineer’s viability in the field extends far past their ACE, however. Their easy-to-use Nano-Armor Kit replaces entire tool chests worth of repair instruments, allowing the repair of heavy damage on vehicles, facility equipment and MAX suits in seconds. They are also experts in the use of powerful anti-tank mines, giving them the means to fortify a facility or cause massive and unexpected destruction on the field by mining a far off choke point.

While their engineering background allows them to provide their empire with support, their infantry training has given them means to remain competitive with other soldiers in medium-to-long range combat. Though their training focuses primarily on the use of rifles, they also have access to many powerful short range weapons such as SMGs and shotguns.

The Engineer’s flexibility empowers them to excel in many combat situations. Whether they’re defending a facility under siege or assisting their empire in staging one themselves, their legendary support abilities and combat prowess make them a valuable asset to any squad.

The Engineer is one of the most versatile team members of a squad and extremely valuable in both Offensive and Defensive encounters. With the ever growing number of vehicles and aircraft filling the roadways and skies, the Engineers repair ability becomes extremely helpful in keeping their empire's squads at full health.

The Engineer can be seen as the weakest direct combat class as they have no combat ability, such as a jetpack, self-healing, overshield or cloak. However they make up for this in utility, as the Engineer has access to the most items in a single loadout. The Engineer can resupply allies with ammo, fix vehicles and MAX units, lay down a variety of turrets and place Tank Mines, Anti-Personnel Mines and C4. The three turrets available for the Engineer are:

The Ammo Pack can be upgraded to have a larger effective radius and to last longer on the field. At rank 5, the Engineer can place 2 at a time.

The Repair Tool can be upgraded to repair faster and to last longer before overheating.

. This grenade is identical to the Frag Grenade except that it will stick to almost every surface and to enemies. Because of this, it is far more controllable than the standard Frag. It is considered to be an upgrade to the default grenade, as it's only downside is that it cannot be bounced around corners.

The following weapon types are available to the Engineer class:

How to spend your first Certification points

These will give you a good all around starting build, allowing you to function competently in your role. For more specific loadouts: see below.

Mana Turret is a stationary Turret (with shields) that is capable of shredding infantry. This makes Mana Turret one of the most useful deployable's the Engineer has, for both offense and defence. It allows for both base assaults and defence, through the use of choke points. This deployable can be upgraded using additional certification points. Upgrades increase the amount of time before the turret overheats. Mana Turrets also come with shields that protect the operator, creating cover for yourself and fellow team These turrets stick out making them attractive targets and can be used to decoy the enemy.

The Nano Armor Kit is an Engineer's bread and butter skill. This ability allows the Engineer to repair friendly vehicles, MAXes and equipment (base turrets, shield generators, etc.)The Nano Armor Kit is extremely useful and should be an upgrade priority, as this is one of the most effective methods Engineers will use to earn the bulk of their points (another being ammunition resupplying, see above). In base defences, ensure all turrets and equipment stay at 100% health as well as the team vehicles and MAXes. For base assaults, the Engineer should hang back a bit and take a support role, ensuring that all the vehicles and front line MAXes are able to pull back and receive repairs when needed. Upgrading this ability increases the repair speed and the final rank allows you to safely deconstruct enemy tank mines.

The Ammunition Package (or Ammo Kit) is dropped by pressing the class ability key (default F) it is a hand dropped box similar to mines that resupplies ammo at a steady rate to infantry in a radius around it's self Ignoring obstructions. When used by a friendly the Engineer will receive a notification plus a small amount of xp for each tick of ammo supplied, however this won't happen when being used by an enemy. Upgrading the Ammo Kit increases the time until it despawns and from the third rank onwards also increases the radius of affect in a sphere around the box. As It's so easily deployed Engineers should drop ammo kits as often as possible especially if a ally has a ammo icon (three bullets in a row) above their head as it's a easy source of xp and ribbons. A well placed Ammo kit in a busy battle can provide a almost constant stream of xp for any engineer with a ammo kit in a radius (Ammo Kits do not override each other but also do not provide any additional benefit if overlapping) although after a high amount of xp has been earned from ammo resupply in a short period the ammo ticks will stop giving xp for a short while, this is to curb farming. At the final rank, an Engineer is able to place two Ammunition Packages at once.

Offensive strategy suggestions: The current build revolves around the two main Engineer abilities, which are the ACE Turret and the Nano Repair Kit. The Ammunition Package that the engineer receives is a benefit to organized attacks that occur away from the empire's base. Without an Ammunition Package in the vicinity to resupply ammo, players will quickly run out.

One major offensive strike strategy involves the use of the Nano Armor kit to mechanical items, including the MAX and all vehicles. MAX units are very powerful attack units and are quite large. This makes them ideal for attacking heavily fortified enemy stations, but also it makes them large targets. Having an engineer follow the MAX provides both cover for the engineer (it's fairly easy to hide behind a MAX during assaults) while providing the MAX unit with a free heal, which can be constant. This allows individual players (or a group) to constantly advance on the enemy position, with the weaker assault units protected behind the stronger, armored MAX units. The same strategy can be utilized when attacking enemy bases and stations. Having an engineer following vehicles and providing repairs can be critical for the attacking forces. This eliminates the time and resources it takes to get replacement vehicles into battle, which can be costly depending on the logistics involved.

Another offensive strategy involves skillfully deploying ACE Turrets near enemy stations. ACE Turrets provide a significantly more firepower to the attacking forces than the normal player weapons (with few exceptions) and can quickly take down enemy units, vehicles and defensive structures. Once the ACE Turret is placed, however, it is not mobile and can be easily targeted and destroyed. Engineers need to place the turret quickly and take out as many enemies as possible before being targeted. Once the turret has been targeted, the Engineer can simply move to a different location and place a new ACE Turret.

Defensive strategy suggestions: Currently this involves the use of all the Engineer unique abilities. The Ammunition Package becomes more useful in defensive situations, especially at the larger stations. Strategically locating the Ammunition Package increases efficiency, allowing players to restock their ammunition from a nearby location rather than to running longer distances to access a restocking station.

Large Base defence is all about keeping the base's defence systems intact and operational for as long as possible. The gun and missile turrets on each base need to be constantly repaired when under assault and the Engineer class is the only one that can do this. In addition, the Shield generators work to keep the enemy out of the large bases and need to be repaired as soon as possible, limiting enemy infiltration.

Small Base defence usually depends on the ability of the Engineer's turrets as well as their ability to repair their own vehicles continuously. An engineer inside a ground vehicle, defending a base, can stop invading forces while ducking back to safety to repair their vehicle. This saves the engineer both credits and time while keeping the base consistently defended. ACE Turrets are very useful for defending areas, especially smaller stations and bases that do not have any built in turrets. ACE Turrets can be placed in locations that overlook the defensive area and provide overall coverage fire to the rest of the defensive units.

Vehicles - The engineer excels at using both ground and air vehicles for, with care, they can continually repair that vehicle and stay in the fight longer. Offensively this is gives the Engineer a huge advantage over other classes. The Engineer does not have to spend extra credits or extra time and potentially be locked out of a vehicle. For the attacking forces, who are generally away from their spawn point and have to travel to the attack location, this ability becomes crucial by keeping their air and ground vehicles in the fight. Repairing on the fly allows an attacking force to field a sustained attack and avoid attacking in waves. Whenever a player decides to pilot or drive a vehicle the class in the driver seat should always be an engineer. Ground vehicles can stay in the fight longer when they retreat behind cover such as large rocks or trees to repair. Air vehicles can go on bombing runs and strafing runs toward enemy locations returning to a controlled tower (ammo replenishment as well as repair) or flat level ground in your empires controlled territory to repair.

With any class, you have the ability to gain Ribbons which will further increase your experience and certifications after completing specific tasks. This list does not include possible vehicle, base capture, or kill/assist related ribbons while playing in a vehicle as that class. 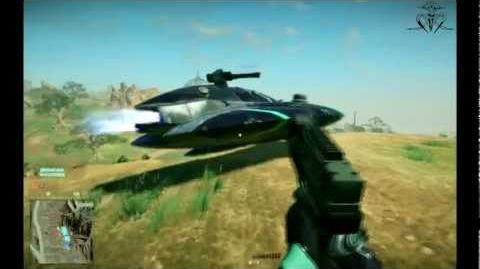 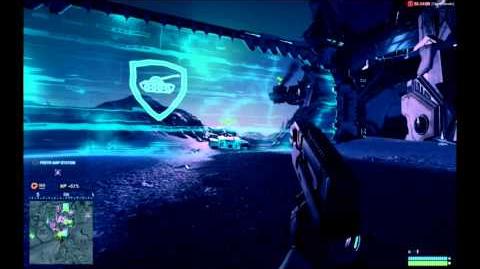