The development of the Heavy Assault soldier was a relatively recent innovation on Auraxis. Designed to combat the surge of instant nanite-assembled vehicles, their presence on the battlefield poses a serious threat to tanks and infantry alike. Their custom Reinforced Exosuit armor configuration is responsible for their ability to take hits that would kill other soldiers, while their heavy weaponry allows them to punch holes in enemy tanks or lay down sustained fire. Equipped with some of the strongest armor and weapons available to infantry, a seasoned Heavy Assault will leave a path of corpses and burning wreckage in their wake.

Their armor and shields can take more punishment than most other soldiers can, allowing them to dominate in a direct close-quarters conflict where their heavy weapons are most effective. In addition to the chances of survival provided by the Reinforced Exosuit's defenses, Heavy Assault soldiers also have access to prototype Nanite Mesh Generators that temporarily reduce the velocity of incoming projectiles, decreasing their kinetic impact on the user. Though the experimental technology currently requires the user to remain momentarily stationary while the mesh is being formed, NMGs have shown themselves to be an integral component to the Heavy Assault's continued presence on the field.

Though their ability to endure heavy fire is no doubt legendary, they're more widely known for the devastating weaponry that they wield. The high capacity LMGs the Heavy Assault carries are capable of both short, accurate bursts and suppressing fire, allowing them to adapt to a variety of situations while only adjusting their trigger discipline. For close-quarters combat that requires sustained fire, their versatile LMGs can be swapped for the raw destructive power of their empire's hip-slung Heavy Assault weapon. Finally, their rocket launcher can destroy enemy vehicles with a variety of targeting types, continuing to be the preferred method of directly dealing with enemy armor while on foot.

Only with the introduction of Rebirthing and recent improvements in shield technology has their mantra of "endure and eradicate" become viable. While the Heavy Assault's brute-force strategy may not be the most elegant solution, it's proven itself as an effective one.

Supporting their role as the premier front-line infantryman, the Heavy Assault's Overshields allow the class to sustain more damage while engaging hostile forces than any other class, giving them the ability to engage in direct combat safely against enemy infantry and even absorb damage from vehicles while supplementing the anti-vehicle capability of rocket launchers. However, these do come at the cost of sustainability, mobility, and stealth—overshields have long recharge times, slow the user, and are incredibly bright.

All overshields are activated with the Use Ability key (F by default).

Nanite Mesh Generator is an active ability available to the Heavy Assault. It is auto-granted at rank 1, and upgraded using Certification Points.

Adrenaline Shield is an active ability available to the Heavy Assault. It is unlocked and upgraded using Certification Points.

Resist Shield is an active ability available to the Heavy Assault. It is unlocked and upgraded using Certification Points.

The Resist Shield is a damage resistance overshield, reducing the damage taken by the user while it is active, although not absorbing any damage. It has a long uptime and recharges relatively fast, but is only effective when the user is healthy, with it being less useful used reactively.

Rocket Launchers are a class of heavy anti-vehicle ordnance available to the Heavy Assault.

Rocket launchers are the most potent anti-armor equipment available to infantry, able to consistently output damage to both vehicles and MAXes out to longer ranges than other man-portable equipment. 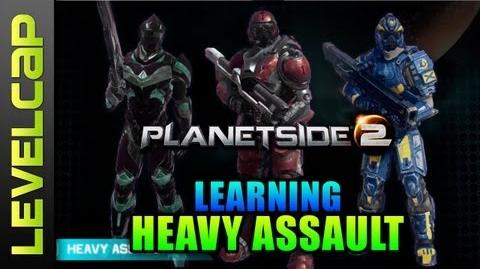 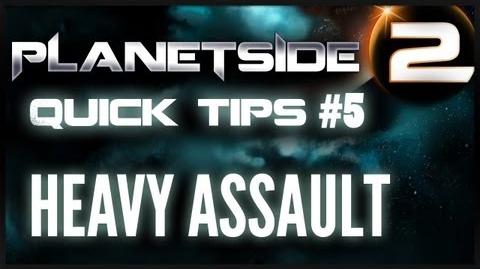 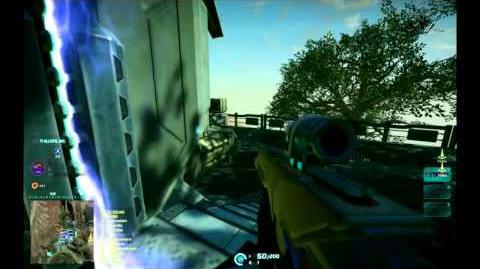 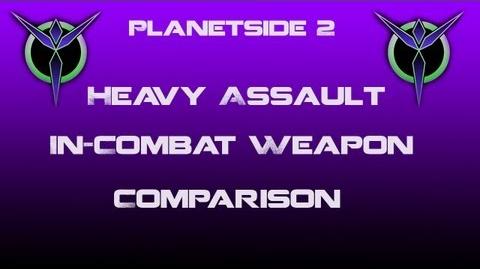 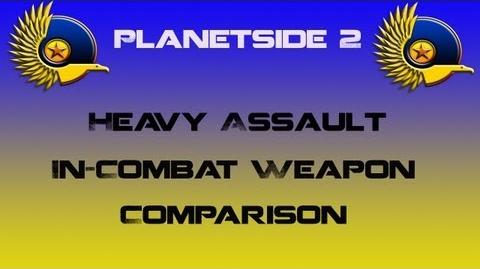 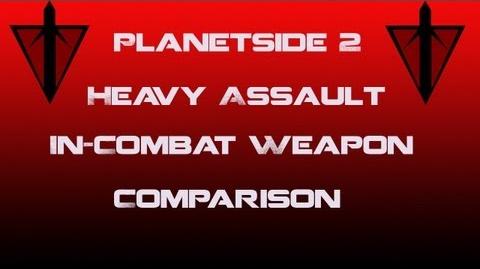 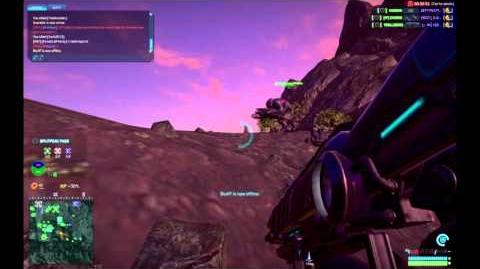