High Velocity Ammunition, or HVA, is an ammo type available to a variety of weapons. It is unlocked through purchase with Certification Points or Daybreak Cash.

As with all other attachments, if any instance of this attachment is purchased with Daybreak Cash it will still only be available for the specific weapon it was unlocked for, however it will be available on other characters who can use that same weapon. 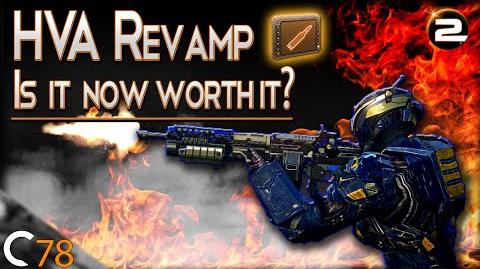 High Velocity Ammo Revamp Is it now worth it? Planetside 2 Gameplay
By CAMIKAZE78