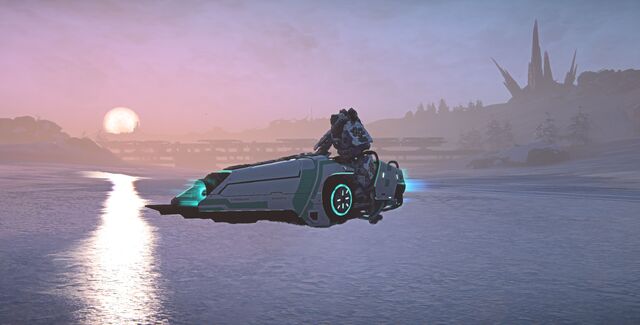 The Javelin is a Hovercycle used exclusively by the Nanite Systems Operatives. It's a new prototype for speedy personal transport and reconnaissance across the battlefield, the Javelin features built-in turbo and strafing capabilities.

Maglev technology allows the Javelin to hover along the ground and easily traverse difficult terrain.

An open rumble seat allows for one additional passenger, and while it is not innately equipped with weaponry, it has access to a variety of defensive and utility options.

This vehicle is in a prototype state, and will see significant iteration as time passes. 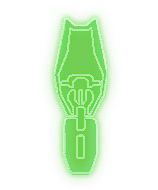 With any Javelin weapon, it is possible to get both Ribbons and Medals. Each Ribbon is a standard reward for achieving a set amount of kills with a Javelin weapon. Medals relate to how many overall kills you have with the Javelin weapon.

The Javelin has received a variety of changes that gives it a more grounded control scheme and adds 4 new weapons to it.