The Light Assault’s extreme mobility is their defining trait and allows them to move faster than most other soldiers. Each one of the Light Assault’s various Jumpjet configurations grants them the ability to take on different obstacles, shifting their role in combat. The Standard Jumpjets allow them to make their way over barriers and enemy’s heads alike. They can also equip more specialized configurations, such as the hovering Drifter Jets, to descend on vulnerable ground targets safely and cross chasms otherwise untraversable.

The Light Assault also excels at supporting their empire through their unique class grenades. The blinding Flash grenades can render entire squads helpless and allow for a momentary break in defenses. They also have access to Smoke grenades, which can be used to block sniper alleys and direct the flow of combat. Both of the Light Assault’s class explosives are important in allowing their empire to make the final push in capturing difficult objectives.

In addition to their utility on the field, they also excel at short to medium range combat. The Light Assault is able to choose from a diverse arsenal of various weapon types, including rifles, shotguns, and SMGs. These options allow them to adapt to whatever their environment demands. The best Light Assault soldiers make sure to use their powerful weapons with the element of surprise, disabling enemies before they know what hit them.

Though not as sturdy as other soldiers, the agile Light Assault can do serious damage when flanking enemy squads, taking advantage of both their vast weapon and support options. Whether acting alone to disrupt enemy forces or in a group to finish capturing a facility, the Light Assault is a fearsome presence on the battlefields of Auraxis.

Thanks to their signature Jump Jets, the Light Assault is a class that thrives when flanking the enemy, using their characteristic vertical mobility to attack from angles other classes cannot hope to reach. These jets provide little help in direct combat however, where abilities such as the overshields of the Heavy Assault would shine, demanding the Light Assault exploit the element of surprise—more easily gained when attacking from unexpected angles—to succeed.

The Light Assault has access to four different types of jump jet, each catering to a variety of playstyles suited to different ranges and environments. All jump jet abilities are activated by pressing the Jump key (Space by default) while in mid-air.

Skirmisher Jump Jets are an active ability available to the Light Assault. They are auto-granted at rank 1, and upgraded using Certification Points.

Skirmisher Jump Jets serve as the jack-of-all-trades choice for troopers, providing a balance between vertical and horizontal flight power, as well as a moderately large fuel tank. They allow the trooper to climb most structures in one tank, while also allowing them to remain airborne for longer than most other jets, although their flight speed may leave them out-classed in scenarios demanding faster paces.

Drifter Jump Jets are an active ability available to the Light Assault. They are unlocked and upgraded using Certification Points.

Drifter Jump Jets sacrifice nearly all vertical thrust in exchange for an exceedingly large fuel tank, providing the Light Assault with the capability of traversing even the widest of canyons with a flight time of over half a minute. The reduction in vertical thrust cannot be understated, however, with the jets unable to even maintain altitude while the trooper is moving, and climbing at an abysmal rate while stationary.

Icarus Jump Jets are an active ability available to the Light Assault. They are unlocked and upgraded using Certification Points.

Icarus Jump Jets are the ultimate jets when dealing with verticality featuring unparalleled vertical thrust power and a rapidly recharging fuel tank, allowing the trooper to move between levels at an unmatched pace. This power does come at a cost first to fuel tank size—with the Icarus jets featuring the smallest tank of the line-up—and horizontal mobility, with the jets themselves both providing little horizontal thrust and quickly cancelling out existing momentum when used.

Ambusher Jump Jets are an active ability available to the Light Assault. They are unlocked and upgraded using Certification Points.

Ambusher Jump Jets are a unique choice amongst jump jets. Functioning on a cooldown rather than a fuel tank, Ambusher jets provide an extremely large amount of horizontal thrust power, with moderate vertical thrust, in a short burst, before becoming unusable until they have fully recharged again. Punishing misuse and leaving the trooper vulnerable after each use, these jets demand thoughtful usage—although the jet's incredible speed allows the user to take advantage of situations the other jets simply cannot compete in.

The Rocklet Rifle is an aerial combat weapon available to the Light Assault. It is auto-granted.

The Rocklet Rifle is a unique weapon available only to the Light Assault, providing them a moderately powerful deterrent against aircraft thanks to the rocklet's in-built proximity fuses, and supplementing the trooper's capabilities against ground vehicles giving them a source of consistent, mid-ranged damage output. 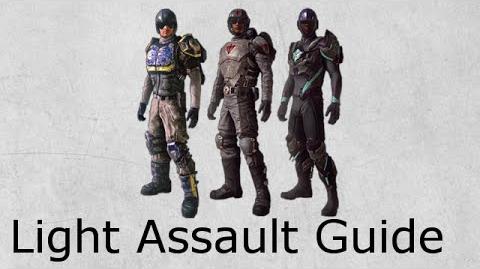 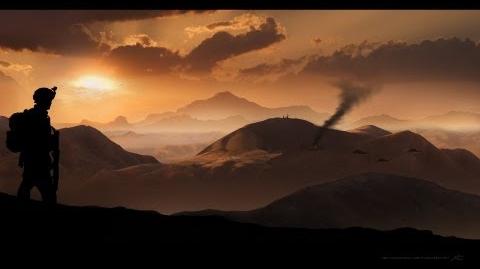 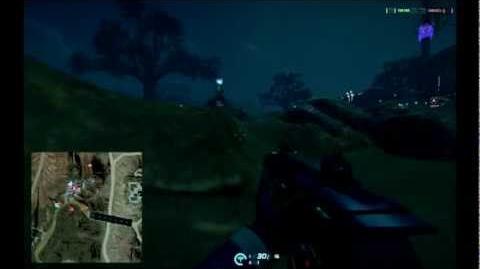 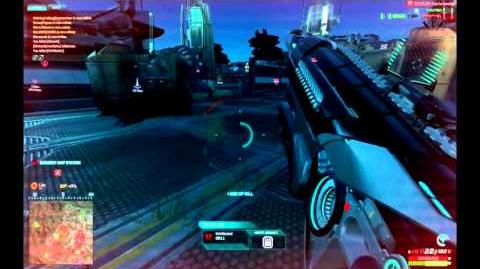