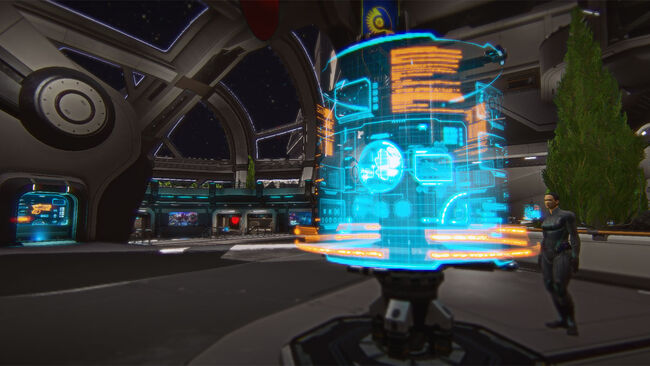 Missions are time-limited tasks players can take on in order to earn a variety of rewards.

Accessible through the Missions page, missions task the player with a variety of objectives to complete on warzone continents of Auraxis, dependent on the exact mission, and once completed their rewards can be claimed at any time, granting the player Experience Points and a potential of a whole host of other rewards.

Players can only accept up to five missions per 24 hour period, unless they have Premium Membership at which point they can accept up to nine. Missions last twelve hours after being accepted, and the pool of missions refreshes every 24 hours with the timer beginning when the character is logged into for the first time after the previous day's timer has elapsed.

To access the Missions page, interact (E by default) with a mission board in a Warpgate or aboard Sanctuary, or press the Open Mission Page hotkey (I by default) at any time.

Missions have several types of rarity, indicating their intended difficulty, how much time they take, how actively they ask the player to engage with them, and whether or not the player requires Premium Membership to accept them.

A mission's rarity is indicated by the small colored bar to their left-hand side in the missions page. The primary three rarities available and indicated in-game are common—with a white bar, uncommon—green bar, and rare—blue bar.

Each successive tier will increase the time taken to complete the mission, as well as include objectives players will have more actively complete, whereas lower tiered objectives may be easily completed while playing the game normally. In exchange, higher tier missions feature increased yields on all rewards.

Campaign Side-Missions are unlockable common tier missions, available to players who have engaged in an active Campaign. They often task players with repeating objectives from campaign events. They are indicated with a white bar and feature the icon of their relevant campaign's Campaign Standing beside their name.

These missions can be contracted by either the Black Market or Nascent Expeditions, with the latter represented by a New Conglomerate logo, although rewards are not affected by the contractor in this case. Campaign side-missions always award a moderately low amount of experience points as well as Campaign Standing, and are the only source of the currency after the character has finished all campaign events.

Once unlocked, these missions are available on a daily basis until the end of the relevant campaign.

Training Missions are a variant of common tier missions, only available to characters of Battle Rank 15 or below. They task the player with engaging in the game in some way, by playing a class, using game mechanics such as Join Combat, or interacting with Generators.

All missions award a varied amount of Experience Points, and then an additional currency—Certification Points, ISO-4, A7, or Campaign Standing—dependant on the contractor. Each contractor will always reward the same additional currency, although the exact amount posted will vary based on the mission and rarity.

For exact reward numbers, refer to the specific mission's article.

Missions were added to the game in the October 1, 2020 Update, the Shattered Warpgate.

We've added a handful of new missions to the pool for all players. Two of these will appear in your list each day alongside other missions.

Auraximas is about giving, and new daily missions have been added for you to share your generosity with the various vendors and personnel on Sanctuary. In addition, each of these completed missions contributes to a new holiday directive!

Matchmaker Missions: Up to two Matchmaker missions will appear in your list each day, providing progress in the Valentine's Day directive tree... as well as making someone feel loved and appreciated.