The NS-11C Carbine, is a common pool weapon available to the Light Assault and the Engineer classes. It is in the most expensive carbine tier at 1000 Certs or 799 DC but this cost comes with some unique traits that set this carbine apart from the ES (Empire Specific) carbines.

Like the NS-11A, the NS-11C has a mix of the factions traits. It has 5 extra round in the magazine, fast reloads and a below-average rate of fire.

Despite the low rate of fire for its damage tier, the NS-11C is usable in close-quarters. This is due to its movement speed while aiming down sights, which is 75% instead of the typical 50%. Each faction also has an additional carbine with this trait (The LC3 Jaguar, AF-4A Bandit and the Zenith VX-5). Because of this, the low recoil, and the large magazine, it can be used reasonably well at closer ranges than one might expect. Nanite Systems weapons give off a bright white bullet tracer and unique audio when firing that makes determining faction affiliation difficult to enemies.

It is possible to get both Ribbons and Medals for using the NS-11C. Each Ribbon is a standard reward for achieving a set amount of kills with the NS-11C. Medals relate to how many overall kills you have with the NS-11C.

Iron-sights of the 11C.
Add a photo to this gallery 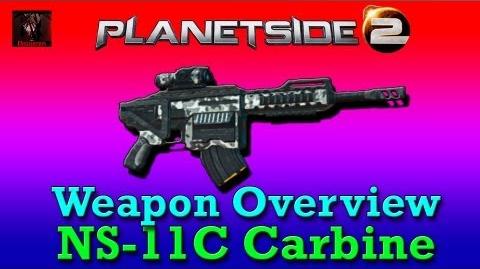 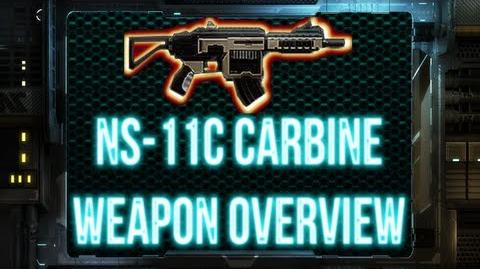 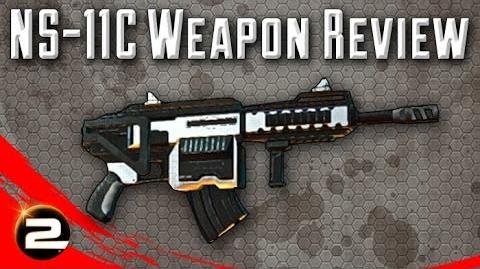 NS-11C review by Wrel (2014.04.13)
Add a photo to this gallery
Retrieved from "https://planetside.fandom.com/wiki/NS-11C?oldid=96357"
Community content is available under CC-BY-NC unless otherwise noted.