The NS-15M2 LMG, is a common pool weapon available only to the Heavy Assault. The most expensive LMG in the game at 1000 Certs or 799 DC but this cost comes with some unique traits that set this LMG apart from the ES (Empire Specific) LMGs.

The NS-15M2 is an extremely versatile LMG with a wide range of attachments, short reload speed, low recoil, above average projectile velocity, and good accuracy.  The NS-15M2 in the hands of a shooter familiar with the weapon's mechanics moonlights as a beefed up assault rifle, allowing the user to move and fire with tremendous precision. However these traits are at the cost of a mediocre rate of fire and moderate magazine size which is only partially mitigated by its lightning fast reload speed. Also, the recoil pattern on the NS-15M2 is different to other weapons, as it recoils upwards and to the left. Most other weapons recoil upwards and to the right.That means some people need to adjust their playstyle, in remembering to recoil properly. Overall, the NS-15M2 is a very good LMG, which sacrifices TTK (time to kill) for versatility and controllability. 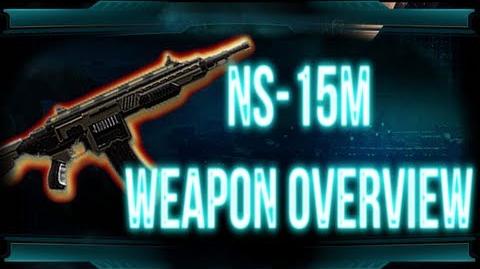 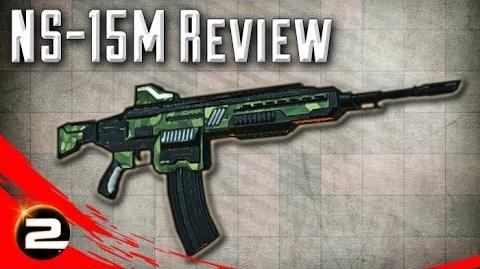 NS-15M review by Wrel (2014.01.15)
Add a photo to this gallery
Retrieved from "https://planetside.fandom.com/wiki/NS-15M2?oldid=94046"
Community content is available under CC-BY-NC unless otherwise noted.