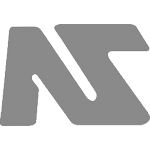 Nanite Systems produces a pool of common weapons, equipment, and vehicles that are available for all three empires. Items created by Nanite Systems offer quite a large deal of customization options. All posts' banners and signs revert to Nanite System's logo and colors when they are unowned by any empire.

Nanite Systems was once a small company on Earth that researched and developed nanotechnology and worked with the Terran Republic, building prefabricated buildings for the expeditions through the wormhole. Since re-establishing business on Auraxis and being integral in the discovery and production of modern Nanite technology, they have branched out to other industries such as rebirth technology, vehicle design, and weapon design. Nanite Systems manages to stay neutral in the Auraxian War conflict by providing military contract work to all three factions, plus providing the vital rebirthing services which keep Auraxians immortal. Thus they have remained safe from takeover by any one faction.

NS weapons have neutral color tones of tan, black, and white. The designs are a combination of every empires' characteristics, serving as a middle ground between all three factions in terms of performance. The exception to this rule are the pistols and rocket launchers, as these weapons have an emphasis on power over all else.

Almost every Empire's standard equipment pieces (Medical Applicator, Nano-Armor Kits, Recon Detectors, etc) are designed and produced by Nanite Systems, as well as common vehicles such as the Sunderer or Valkyrie.

Most of the weapons they sell will cost you 1,000 certification points.

Nanite Systems Operatives are robotic units contracted out to the other factions. They are considered a "fourth faction" despite being "assigned" to the faction with the lowest-population on the continent.

Community content is available under CC-BY-NC unless otherwise noted.