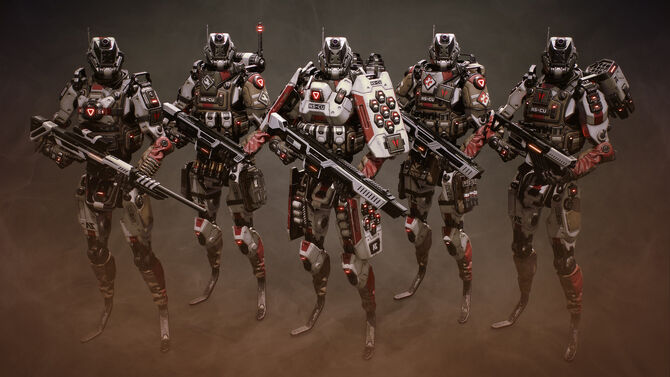 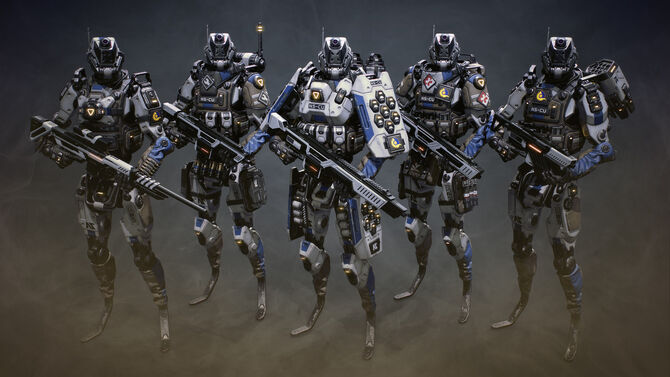 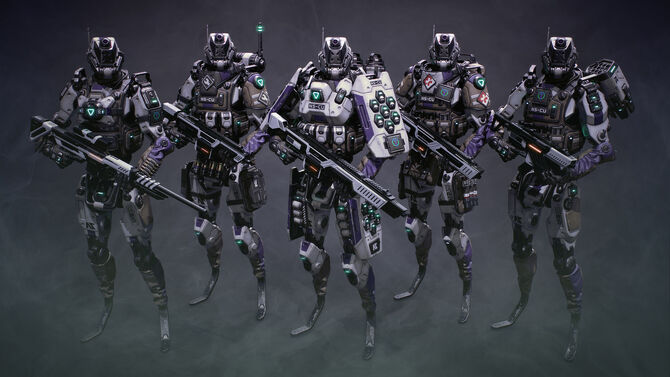 The Nanite Systems Operatives are a 'faction' of unaffiliated remotely-controlled combat units created by Nanite Systems, whose allegiance is sworn to no single empire.

Operatives do not fight as their own standalone faction on Auraxis, and instead are contracted out to fight beneath the three main empires—the New Conglomerate, Terran Republic, and Vanu Sovereignty. Operatives innately freelance, fighting underneath the banner of whichever empire held the lowest population on the continent when the operative warped to it. However, players with Premium Membership can assign their operatives a home faction, allowing them to play on that faction regardless of population—subject to faction balance queues.

To create an operative, a player must have reached battle rank 20 on at least one character, and have completed the Nanite Systems Job Offer mission on any character.

Operatives have their faction assignment dictated by the status of their contract. If they are freelancing, they are assigned based solely on population. If they have a home faction contract, they will always be placed on their chosen faction.

Faction assignment rules do not apply to the VR Training Facility, and operatives can warp to any faction's version of the facility.

Freelancing is the default state of an operative's contract. Freelancing operatives cannot join outfits, and they are never guaranteed to be placed on any particular faction.

Upon warping to any continent, freelancers are placed on the faction which has the lowest population on that continent at that moment. Operatives can warp out and back onto a continent at will, if the population balance has shifted, to change to the new underdog faction, and the operative will never be subject to a faction balance queue as a result—although they are not immune to maximum population queues.

Accessible by speaking to Facilitator Emerson aboard Sanctuary, operatives are able to set a home faction for themselves at the cost of 1,000

, causing the operative to always be assigned to that faction upon warping to a continent, and allowing them to join outfits created by characters of that empire.

Facilitator Emerson can be spoken to at any time to allow the operative to either change their home faction at a cost, or to temporarily freelance for free.

Though they may fight in the name of the main three empires, Operatives are nonetheless their own separate faction and thus access and operate their own unique equipment, including weapons, vehicles, and a unique replacement for the MAX.

Nanite Systems Operatives have access to the same common pool of Nanite Systems-produced weaponry as the main empires do. Operatives are also able to unlock and equip their own pool of faction-specific weaponry.

Most operative weapons are unlocked through purchase with Certification Points or Daybreak Cash, but a select amount of "auraxium" directive reward weapons are also available.

The following weapons are those that a newly created operative is given, before any Daybreak Cash purchases are taken into account.

The Defector serves as the replacement for the MAX in an operative's arsenal.

The Defector is the husk of a hijacked combat unit modified to be more well-armored, featuring hand-mounted Grenade Printers, and fitted with a generator can either power a protective Seraph Shield, or be overloaded and turned into a Time Bomb.

The Defector is slightly more mobile than a MAX suit while featuring the same 2000 health pool that must be repaired by an Engineer, although the Defector receives more damage than its predecessor and does not have access to the same suit slot enhancements that would otherwise help close the gap.

The Javelin is a light transport vehicle available to Nanite Systems Operatives.

The Javelin is a prototype hovercycle, designed for personal transport, that operates not unlike the Magrider—hovering a few feet above the ground, able to strafe, and with access to a turbo afterburner—with a purpose on the battlefield mirroring that of the Flash—an extremely mobile and agile transport vehicle that can flex into a light strike vehicle.

Similar to the Flash, the Javelin is a two-seat vehicle, with one driver and a rumble seat that allows the passenger full access to their equipment. The Javelin has access to a line-up of unique weaponry, as well as different chassis options that allow it to be flexed into a variety of roles.

The Chimera is a main battle tank available to Nanite Systems Operatives.

The Chimera is a six-wheeled battle tank with a driver-operated main cannon and a gunner turret mounted on the front of the vehicle. It also features four rumble seats—one for each of the tank's four rear wheels.

Though no faster or deadlier than any empire's main battle tank, the Chimera is notably more agile and maneuverable for its size, able to easily tackle rough terrain and turn quickly.

The Dervish is a heavy fighter available to Nanite Systems Operatives.

The Dervish is a larger fighter, sacrificing a lot of the signature agility of empire specific fighters for durability and firepower. A two-crewed aircraft, the Dervish is manned by a pilot with access to a forward-facing nose cannon, and a gunner who controls a top-mounted turret.

Though less maneuverable than many aircraft, even those larger than empire specific fighters, the Dervish is still nonetheless very quick, and additionally retains access to an afterburner.

Operatives playing for the same faction as their outfit enjoy full access to its benefits as any normal player would. Freelancing operatives retain membership, but lose all access to the outfit and its resources—they cannot use War Assets or communicate with their outfitmates.

Outfits made by operatives as "NSO outfits" before the July 1, 2021 Update (_Integration) remain in the game, however are slated to be forced to merge into a home faction or disband. In the interim, these "freelance outfits" cannot recruit new members or use War Assets. 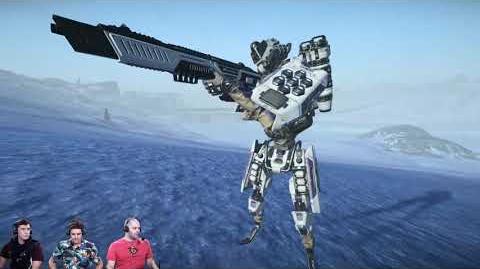