The SMG-46 Armistice is a submachine gun available to the Terran Republic. It is unlocked through purchase with Certification Points or Daybreak Cash.

The SMG-46 Armistice is the Terran option for a submachine gun with an incredibly high damage output, competing primarily with the

AF-4 Cyclone. Though the Armistice may have a lower calibre round loaded, the weapon's blazing fast rate-of-fire more than makes up for the damage deficit, though this does come at the expense of ranged potency through high bloom-per-shot for the calibre and wild recoil, combined with a lower damage-per-magazine.

The SMG-46 Armistice's brother, the PDW-16 Hailstorm, sacrifices a fair chunk of fire rate compared to the Armistice in exchange for a much larger, 60-round drum magazine without slowing its reload speed, for which it additionally trades off access to an Extended Magazine and suffers a slightly less controllable horizontal recoil in spite of the slower rate-of-fire.

The SMG-46 Armistice, alongside the

Eridani SX5, is part of the so-called 'first generation' of submachine guns, as the three were the first wave of faction-specific weapons to be released in the class.

It is possible to earn both Ribbons and Medals while using the SMG-46 Armistice. Each ribbon is a standard reward for achieving a set amount of kills with the submachine gun. Medals are awarded upon reaching kill milestones with the weapon. 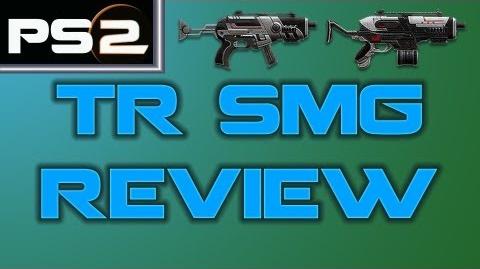 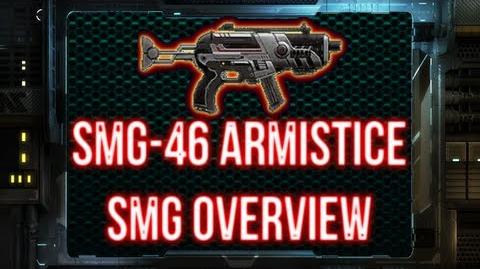