Scout Rifles offer most classes an option that sits between an assault rifle and a sniper rifle, with an ability to output high damage to incredible ranges with near non-existent damage fall-off. Scout rifles are a particularly more specialized platform than most other weapon classes, suffering highly at closer ranges with a low rate-of-fire and large cone-of-fire, making the rifles a more niche choice that shouldn't be pulled out in every situation.

With exception of Vanu offerings, which trades muzzle velocity for their "no bullet drop" traits, the stats between all faction's scout rifles—Nanite Systems Operatives aside—are identical. This can be a good thing for players who use multiple characters across multiple factions, giving them the option of a weapon that functions identically to something they're already used to.

Though there are far better choices for both short and long ranges in most situations, scout rifles offer an incredible level of power in that gap between. 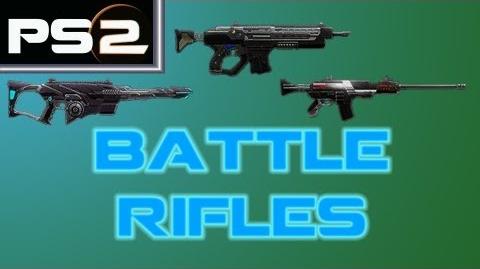