Terminals are found across Auraxis, providing soldiers with the ability to change their loadout and resupply equipment, or spawn vehicles.

Almost all bases contain terminals, though which type of terminals are available depends on the base. Any base that allows infantry to spawn in contains infantry terminals, most of these bases also contain vehicle terminals, and major facilities or large outposts tend to contain aircraft terminals. There are also a select few special terminals, found only in specific bases.

All terminals can be hacked if they can be reached by a hostile Infiltrator, changing the terminal's allegiance to their own faction until it is destroyed or hacked again. Terminals will always begin their life in the ownership of the faction that holds the territory.

To access a terminal stand near and look at it, then press the Interact hotkey (E by default).

— allow infantrymen to change their class and loadouts, as well as resupply their ammunition and consumables instantly, recharging their shields instantly (though not their health). They also provide access to the MAX class.

Interacting with these terminals will instantly open the loadout UI, on the player's current class and loadout. 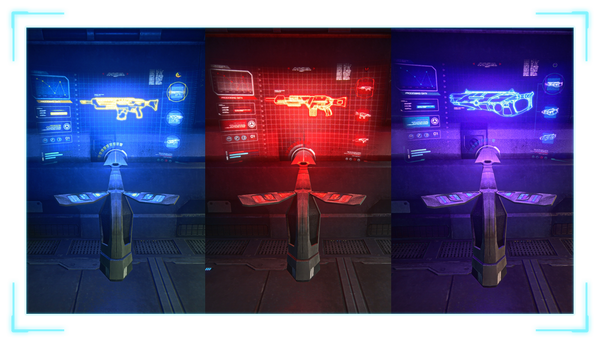 These terminals are found in every single base on Auraxis that allow players to spawn directly into, including the Warpgates. They are also available on deployed Sunderers. The only bases these terminals cannot be found are those that exclusively contain a single vehicle control point with no buildings, such as Cobalt Geological Outpost.

— allow infantrymen to use their nanites to create ground vehicles on a nearby spawn pad. 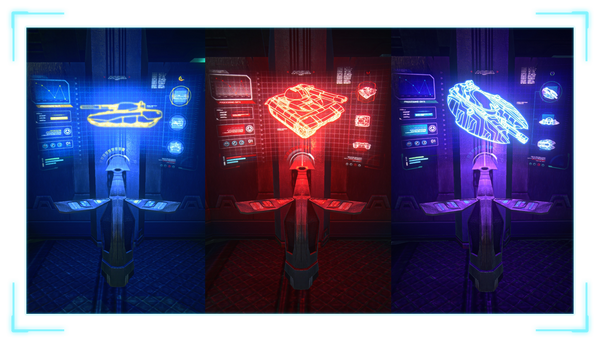 These terminals are found in almost all the same bases that infantry terminals can be found. They are also located in the Warpgates, and where they can be used to spawn main battle tanks without the tech plant requirement.

— allow infantrymen to use their nanites to create air vehicles on a nearby landing pad.

If the terminal is located in a territory that is connected via the lattice to a friendly Tech Plant, it can also be used to spawn Liberators. If an aircraft terminal is hacked by an opposing faction, it can still spawn Liberators if the tech plant requirement is met by the territories' owner. 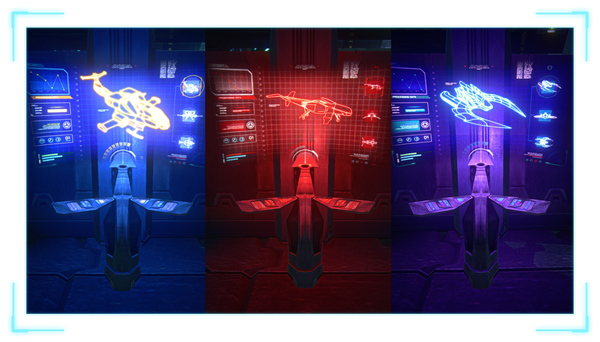 These terminals are far rarer than infantry and vehicle terminals. For the most part, they are found in major facilities, and large outposts such as The Crown. Some smaller bases also have them. They are also located in the Warpgates, and where they can be used to spawn main battle tanks without the tech plant requirement.

— allow players to move between the continents of Auraxis, as well as to or from the VR Training Facility and Koltyr VR. 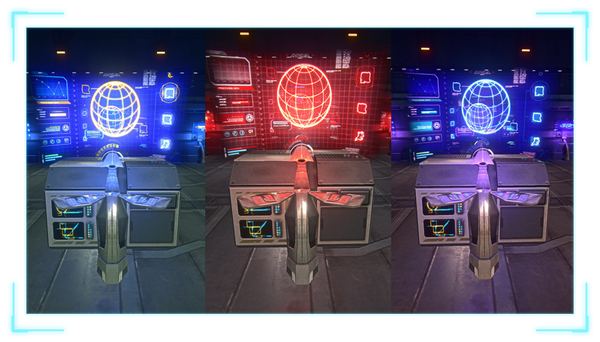 Warp Terminals are found exclusively in safe zones — Warpgates, the shooting range in the VR Training Room, and at the end of the tutorial. They are never in a location where they can be destroyed or hacked, meaning they are always available to be used.

— control the energy bridges, specifically the one nearest to the terminal.

Found exclusively at Heyoka Chemical Lab, these terminals are unique in that their allegiance can be changed by any class interacting with it, rather than requiring an Infiltrator to hack it. Holding the Interact hotkey (E by default) as any class whilst next to an energy bridge terminal will change its allegiance

Retrieved from "https://planetside.fandom.com/wiki/Terminals?oldid=90538"
Community content is available under CC-BY-NC unless otherwise noted.