Return to PlanetSide 2 - The World 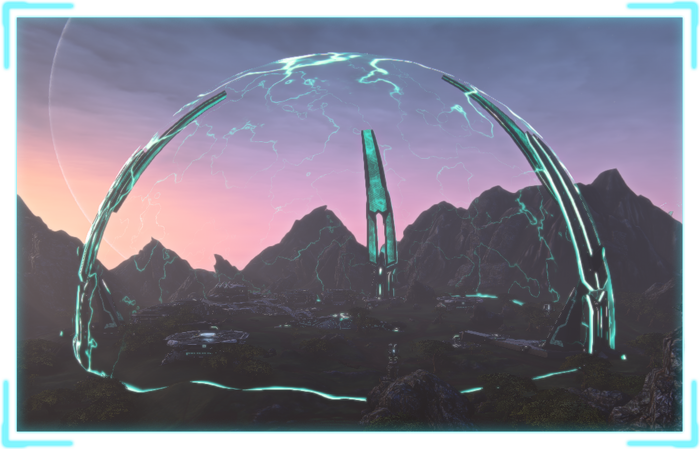 The Warpgate is the single most important base an empire controls on any continent, for it remains a spawn location until the continent is locked. Warpgates are impossible to capture, but may be pushed to, and surrounded. It acts as an initial staging area and foothold, as well as a hub to other continents. Players can find everything they need here to start a push inland. The Warpgates have constant access to empire specific battle tanks, regardless of lattice links to a Tech Plant, unlike other vehicle spawn terminals. So join a squad, organize a push, or just meet some new friends and begin your trek inland. Travel between Warpgates on other continents can be accomplished here via terminals with the globe icon.

Enemies cannot enter the Warpgate - any hostile forces attempting to approach it will be obliterated automatically, and the shield dome completely blocks enemy weapons fire. Allies are also not susceptible to friendly fire. These features make the Warpgate an ideal position to regroup and counter-attack, as any force can be safely assembled.

per minute to each player of its controlling empire.

Outside of the spawn room, there will be mostly open areas. Facing the center of the continent will be air vehicle resupply pads, and roads leading toward the closest bases. On the roads will be land vehicle resupply towers. The defining structure of a Warpgate, the three curved shield projectors, are here as well, and protect the faction who owns the Warpgate from enemy arms fire with the shield. The shield prevents enemy vehicles, both land and air, and infantry from entering.

The Warpgate is the main spawn location for each continent. It contains everything players need to get started. It is generally good for players to visit an equipment terminal to choose their initial loadout for the trek inland. The Light Assault or Heavy Assault are reasonable choices for attacking the initial location. If your empire is already established on the continent, you can join the fight anyway you please. 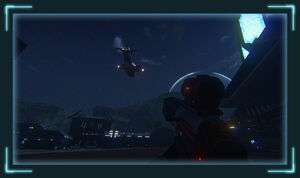 The Warpgate is typically very busy, with squads, platoons, and outfits preparing to attack or defend a location. It is [sic] worthwhile joining a squad while in the Warpgate, as to know where, and what type or reinforcement is needed. PlanetSide 2 is a very team oriented game making vital to work together or your Empire will not progress. Players that enjoy being a "lone wolf" can choose a class, such as an Infiltrator, and look for a busy location to remain hidden and pick-off easy targets. This allows them to work to their strengths while still being an asset to the team.

There are quite a few vehicle terminals scattered around the Warpgate, but, that does not necessarily mean it is a good idea to spawn one right away. Players should always check the map to determine whether or not to spawn a vehicle here or use the instant action options that are available to get closer to the fight before doing so. Players can spawn an aircraft here, as well. In general, spawning a vehicle is not ideal unless there is a push toward a base nearby, or organized.

If there is a fight near the Warpgate, spawn a Flash or Lightning. These are vehicles players can use to get to the fight quickly and cause serious damage. It is also a good idea to spawn a Sunderer or Galaxy here to avoid most of the fighting before you are able to get into a good position.